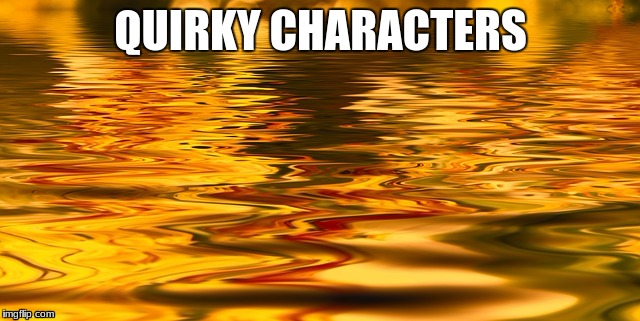 Appearance: Emaciated with wild brown eyes and roughly chopped auburn hair.  His clothes hang off him and are threadbare and mismatched.  He wears a baseball cap, which is lined with a thin metal layer underneath threaded with haphazard wiring and rigged to a 9 volt battery.

Ethan KNOWS.  He burned his social security card at 15 and ran to an abandoned cabin, using a battery powered radio to listen to AM news stations.  He ate nearly nothing.  He knew what to gather from the woods and he stole everything else from the store in the nearby town, careful to pick the few brands THEY hadn’t infiltrated.  He studied books on electronics and computers from the library and wrote constantly.  He wrote the patterns it seemed only he could see.

After two years he decided he had been in one place too long and he needed to save society.  Only he knew the patterns.  The aliens, the masons and even darker things that he alone saw.  He had to let the world know.   So he went to a neighboring town and stole a gun and truck from a house with a drunk owner who was passed out.  He knew where to look because of the patterns of media that revealed so much.   The man also resembled him, which helped.

He drove the truck to the gas station two blocks down, knowing they wouldn’t load their safe for 20 minutes.  He held them up and made $500.  He drove the truck back to the owner’s house and put the gun in his hand.  When the police came knocking he would open fire.  Open and shut case.

It took him another year to gather enough money for an apartment out of the way and get a top of the line computer.  He connected to the super speed internet hidden in high voltage lines.  He couldn’t wait to show people what he knew.  3 weeks later his first video up.  Spoofing made him appear to be in a rural village in Jordan.

He spent all his time spreading the word to audiences, hacking banks and sending it to his local bank where he would take the money in cash.  The money he ran through a super magnet to kill their trackers.  He changed phones weekly.  He only used it to call in tips that got ignored.  They were indoctrinated.

One day there was a knock on the door.  He waited a moment and they knocked again.  He opened the door to see a heavily muscled woman with chocolate skin and close cropped hair.  “There’s no time.  We can’t cover you up anymore, take this,”  she handed him metal Y covered in red and blue wires. The sound of sirens was approaching.  She grabbed his arm in a vice like grip and pulled him down an alley.

Is it a conspiracy confirmed or is there more to it?